In these days, we can open car doors and operate household appliance with smartphones. However, the steel mill is a marginal place for IT.

Because of the high temperature of molten Irons and the small metal particles being blown away, there are very few high-tech devices to withstand. EXCELLO rolled its arms to the modernization of the steel mill.

EXCELLO is a company that applies new technologies such as the Internet of Things (IoT) to refractories that receive hot substances such as molten metal. CEO Seong-jae Park explained, “The moment steel mills control the information of molten steel, they can increase the production of high-grade steel and reduce the investment cost of production facilities.”

#. In 2017, POSCO Gwangyang Works introduced the smart industry platform 'POSFrame' in the heavy plate process. POSFrame operates cameras and sensors throughout the process to collect various data such as blast furnace exits, combustion zones, raw material status, and temperature. It monitors the on-site environment such as harmful gas, noise, and temperature and notifies workers in real time. All data is analyzed with artificial intelligence (AI) to optimize the production process.

There are two situations. The steel mill is a place where the blast furnace that melts ore and cokes and hundreds of ladles contains molten iron over 1,600 Degree Celsius are operated. Failure to change or manage aging facilities in time can lead to major explosions. For this reason, steel mills are mobilizing numerous cameras and sensors to advance the process. However, the internal state of the blast furnace and the ladle that the molten metal contacts is unknown. Sebastian Park (44), CEO of EXCELLO, paid attention to this.

“Refractory is a material that can withstand high temperatures, so it needs some kind of pottery (ceramic) barrel to contain hot molten iron. Refractory is used in many places in steel mill processes such as blast furnaces and ladles. However, the life of refractory is hard to be measured. We can only measure the replacement time based on the time of placed. Thousands of ladles float and carry the molten iron, and they don't even know where the ladles are located. You have to watch the video in the camera or watch it with the bare eyes. The sensor or IT equipment cannot withstand high temperatures.”

Sebastian Park, who met on April 13 at the headquarters of ICTK Holdings, the shareholder of EXCELLO, said. “I thought if it would be possible to integrate IT systems to the steel mill like Korean semiconductor and automobile manufacturing plants.” While attending university in the UK, Park, who founded and operated an IT company, decided to resolve his curiosity while working at a refractory manufacturing company in Gwangyang run by his father. Park also said, “The blast furnace that produces over 1600 degrees, the ladle carrying the molten iron and the slab between the production line extending over 100 meters also exceed 500 degrees. We needed equipment to withstand hot iron in a steel mill environment.” This idea came up while he is after family business.

So, Park created the Internet of Things (IoT) technology fusion system, the Intelligent Refractory System (IRS). Park's idea was first conceived by Paul Wurth S.A, the blast furnace facility engineering company. It is said that the blast furnaces of the top 100 steelmakers all over the world are all in the hands of the company. In 2016, he earned the No. 1 position in the 'Industry 4.0' category in the incubator program hosted by Paul Wurth S.A. The following year, he established EXCELLO and was selected by the ministry of SMEs as a startup support program TIPS. In 2019, POSCO and ESCELLO agreed to jointly develop ‘Measuring refractory remains for blast furnace.” It is also in negotiations with other steel companies.

What is the principle of the technology that global company has joined hands?

I will explain briefly.  The thin wire mesh is installed layers between refractories of Blast Furnace, Ladle, and Runner. When Molten Iron break through the refractory and contacts the wire mesh, the mesh detects the electric signal changes. IRS sensing system module which attached to the outer shell of the equipment catches the signal data (location, time, depth of infiltration of molten iron) and sends the information to the users. It is very simple principle. The engineers of Paul Wurth said, “Why didn’t I think of this?” The engineers also were very impressed by its simplicity. This response is understandable since the steel companies in the world are spending a few billion dollars for developing manufacturing technologies.

Is There any similar technology?

Not really. The fundamental of the technology is very simple. However, there were so many failure cases due to the temperature condition around equipment. In the steelworks, there are hundreds of ladles are moving around. The weight of ladle is about 300 ton. The inside temperature is about 1,600 degree Celsius and the outside temperature is between 400 and 500 degree Celsius. The engineers never had thought about attaching IT equipment to the ladle due to the temperature. Smart technology principle not only exists in high technology but also exist in low technologies. The refractories are used from the Bronze Age. Isn’t it amazing that there was not any smart device that can control the molten iron in refractories?

The Steelworks will not let EXCELLO test at their site easily.

It is true. The environment of the steelworks is very tough. There was no empty space for IT technology. The workers have very sensitive eyes checking the molten iron. The steel industry has extremely conservative view on changing and introducing new technology to their manufacturing process. The blast furnace No.1 at POSCO Gwangyang has been operated for 33 years since 1987. It takes about three months to reopen its operation when they stop operation for four to five days to apply new technology. During the time of reopen for operation, the steelworks cannot produce about 1.2 million tons of steel and lose about 800 million dollars. It’s easy to get kicked out if you approach them with clumsy IT equipment.

Did IRS equipment work well from the beginning?

Not at all. Undefinable data came out from the IRS system. I thought that the data would be very clear. However, the environment of the steelworks is very tough. It was not easy to get the reliable data. The key for the solution is the data analysis. The sensor, IRS system module, and Monitoring system, they would not be produced if we could not done precise data analysis.

What was the first impression of workers at site?

The workers did not believe that the equipment can be attached to the ladle. Their logic is that it’s impossible to attach the electric device where the temperature is over 400 degree Celsius. There were similar trial cases, but they failed. However, the IRS works well, they changed their minds. They asked if we can measure the temperature of molten iron and the ladle’s location. They said, “It is really hard to see the numbers on the ladle because of iron particles in the air.

Is there any other effect?

Every steelwork has its own steel production recipe. If the recipe works properly, the steelworks should have the precise temperature data. In the long run, low-priced products will be poured from Chinese steelworks, so steelworks around the world, including Korea, shall bet on high-quality steel production. Depending on the quality, the price may be more than doubled. The IRS technology can control the temperature data in the steelworks since the technology is applicable to all process such as the blast furnace, ladle, and the runners.

The fundamental of the technology is very simple. Isn’t there be competitor?

The answer is from the trial and errors we’ve gone through. Even though the wire mesh which is our sensor is very thin, there were lots of disturbance in the steelworks. These disturbances became our know-hows and the fundamental of our data analysis. Several years of data analysis helped us screening the noise signals. This screening technology cannot be copied.

A week before the interview, EXCELLO signed a contract to officially deliver IRS products for POSCO blast furnaces. The scale is not large, but it was admitted that a steelwork like a dinosaur was something to buy for money. CEO Park also was excited. In a single steelwork, there are more than 5,000 different types of refractories. The steelwork spends 800 million dollars on buying refractories. Briefly speaking, 75% of steelwork process is related to refractories. Sebastian Park, CEO of EXCELLO, emphasize that the steel industry is one of the mainstream of Korean economy.

Sebastian Park, CEO of EXCELLO, is introducing IRS equipment which applied to POSCO. 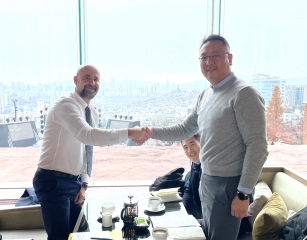 EXCELLO, the IoT technology start-up for Extreme Environment equipment, has successfully launched its Series A investment.

EXCELLO, the IoT technology start-up for Extreme Environment equipment, has successfully launched its Series A investment. EXCELLO Co. Ltd has announced the completion of Series A investment news to the public on Thursday, the 13th. EXCELLO is a start-up, developing advanced IoT technology applicable to Extreme Environment equipment. Five different institutional investors including, IBK(Industrial... 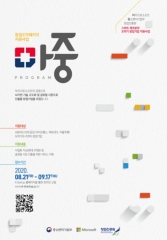 Meet-Up Program In 19th October, 2020, EXCELLO Co., Ltd selected participant company for Meet-up Program. Meet-Up Program is the program for scale up of AI and Smart Factory Solution Startups and supported by Ministry of SMEs and Microsoft. 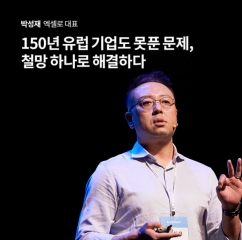 IoT technology to withstand extreme steelworks In these days, we can open car doors and operate household appliance with smartphones. However, the steel mill is a marginal place for IT. Because of the high temperature of molten Irons and the small metal particles being blown away, there are very few high-tech devices to withstand. EXCELLO rolled its arms to the modernization of the steel mill. EXC... 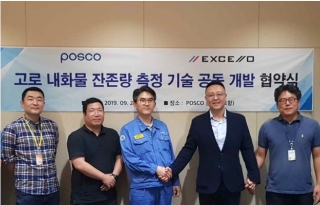 Signing Ceremony on the Joint Development of Technology for Measurement of Residual Rate of Blast Furnace Refractories.

Signing Ceremony on the Joint Development of Technology for Measurement of Residual Rate of Blast Furnace Refractories On Sept. 26, POSCO and EXCELLO held a signing ceremony to jointly develop technology to measure residual rate of Blast Furnace Refractories. Through this joint technology development, POSCO and EXCELLO aim to identify data such as accurate Residual Conditions and Molten Iron Erosio... 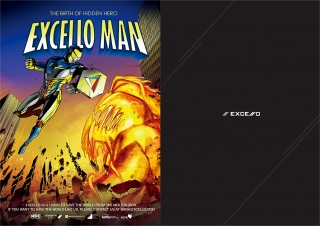 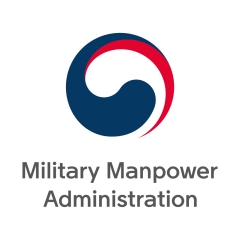 In 12 November 2018, EXCELLO Co., Ltd was selected as the Alternative Military Service Providing Company for the Technology Researchers. R&D employees who have not completed mandatory military service, are now able to complete the military service while working in EXCELLO. 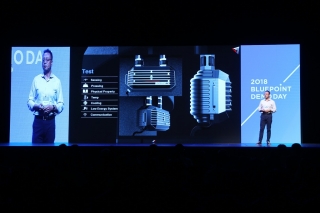 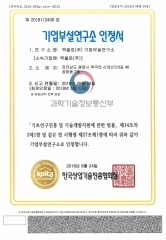 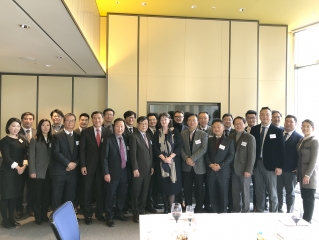 EXCELLO was selected as a beneficiary Government Support by Korea Industrial Technology Association and Korean Ministry of Science and ICT 1. Sep. 2017

Investment Related R&D Supportive Fund supports the most promising startups with innovative ideas and groundbreaking technologies to succeed in their industries. 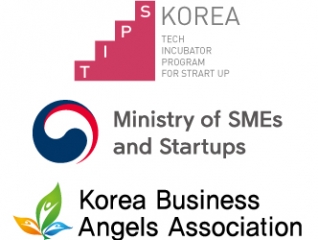 EXCELLO was selected as a beneficiary Government Support through TIPS Program by Korean Ministry of SMEs and Startups 1. Aug. 2017

TIPS (Accelerator Investment-Driven Tech Incubator Program for Startup) is designed to identify and nurture the most promising startups with innovative ideas and groundbreaking technologies. In order to support them when entering the global marketplace, it appoints and designates successful venture founders – who are now angel investors and leaders of technological enterprises – as the... 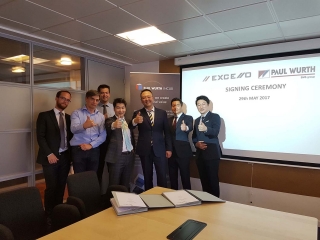 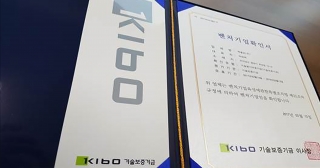 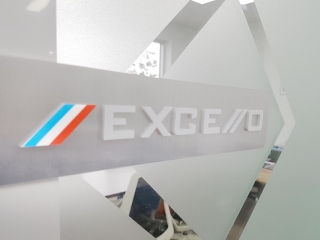 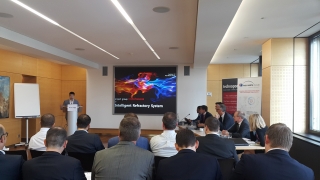 Winner of challenge in Industry 4.0